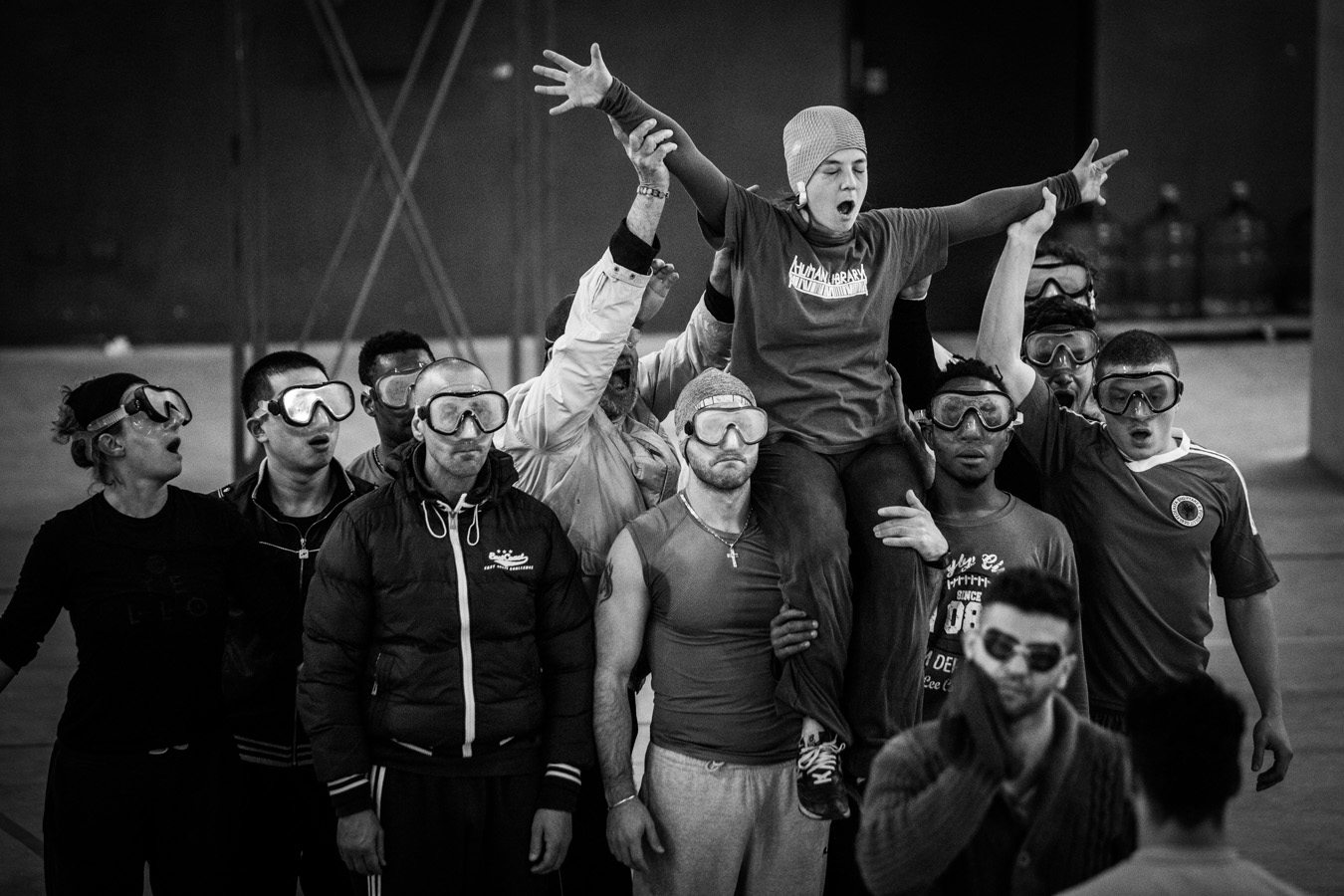 Teatro Metropopolare is a professional theatre company that was founded in 2006 as a research project created by the Italian director, Livia Gionfrida. It is, today, managed by Ms. Gionfrida, Giulia Aiazzi, Marco Cecchi and Alice Mangano.

Metropopolare typically collaborates with visiting artists from the world of dance, theatre, music and the cinematic and visual arts, to create performances that have a strong social message.

The Association Metropopolare has its base in the city of Prato, near Florence, Italy. Since its existence, it has produced a large number of major theatrical productions as well as organizing laboratories for the performing arts, music concerts, and film. These activities have been performed in various environments, such as prisons, hospitals, schools, on the street, and in classical theatres; guided by Ms. Gionfrida’s rigorous artistic vision and focusing on a deep investigation of contemporary issues. For Metropopolare, the theatre is a collaborative effort, which combines together various artistic expressions, to create a new language.

Metropopolare has, among its diverse current activities, a resident artistic project inside the Prato Men’s Prison La Dogaia, which began in 2008. This project includes theatrical laboratories hosted by visiting professionals from the performing arts, concerts, and theatrical productions using both professional and inmate performers.

It also has been nominated as a contributing partner in the Province of Prato’s program network for the support and protection from violence against women. Metropopolare joins into the fight against gender stereotypes through theatrical performances and workshops.

In 2018, Ms. Gionfrida received the ANCT “Critics Prize”, a prestigious award presented annually to outstanding contributors to the world of the theatre. The award cited “ the extraordinary cultural and emotive depth of Livia Gionfrida’s work as a director, dramatist, and actress of magically expressive force. Her courage and extreme fidelity to her personal poetry, where she constantly puts herself at great artistic risk in new and exciting fields of research, sensibility, and art form.”

In 2019 Metropopolare won the competition called “Creative Residences” organized by the Prato City Hall and it was given, as a prize, an office and a performing space in the Prato Cultural Center Ex-Macelli.

Ms. Gionfrida is a director, actress, and dramatist, who was born in Sicily, but now resides in Tuscany where the theater company that she founded, Teatro Metropopolare, is based. She is currently working all over the country: she is producing an original play based on the writings of Franco Scaldati at the “Teatro Stabile di Catania”, in Sicily; teaching at the Academy of Classical Dramatic Art in Siracusa, Italy.